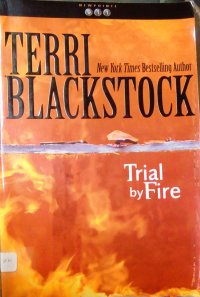 I finished reading a nail-biter by Terri Blackstock called, Trial by Fire.  Granted, it was a fictional tale but Terri is a Christian author who is compelled to share her faith in her writing.  In the Afterword section of the book, Terri shares her devotional experience from a phrase found in the 23rd Psalm.  He restores my Soul

“Always before, I dwelled on the verse before it, about his leading me beside the quiet waters.  That is, after all, a wonderful thought in such a stressful, noisy world.  And I’ve pondered the verse after it, about the Lord guiding me in paths of righteousness.  That’s particularly important to someone like me, who has no sense of direction.

“But this is the first time I’ve lingered on his restoring my soul.

“Where would I be if I’d had to take the punishment I deserved for the sins I committed, and if I’d had to walk through life without that perfect, unconditional love?  What if I’d had to face a future eternity with only hopelessness and fear?

“Thank God for Jesus Christ, who loved me so much that he took that punishment for me, cleaned my slate, restored my soul…”

I am continually amazed at the number of places one can encounter God’s food for the soul. 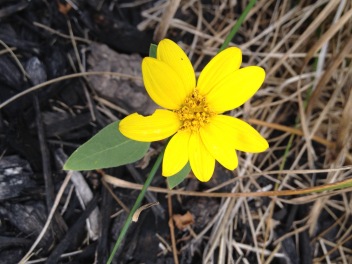 Two great teachers enter into a dialog. Both are skilled communicators and extremely well versed in the Holy Scriptures we call the Old Testament. Nicodemus, an ambitious Bible scholar his whole life, rose to the ultimate rank of Pharisee. Jesus, a lowly carpenter, learned the scriptures as a boy and began teaching barely three years prior to this conversation.

Why did Nicodemus come to see Jesus under a cloak of darkness? Was he afraid of being seen with Jesus? Was he impressed with the things Jesus was doing?  He knew that Jesus performed miracles, a sure sign that the Spirit of God was with him. And then there was the Carpenter’s teaching, which seemed to contradict the Jewish beliefs Nicodemus labored so hard to protect.

Nicodemus opens the conversation with flattery. With the skill of a learned scholar he calls Jesus a great teacher. Surely this will soften his rhetoric. Nicodemus reminds himself that he, too, is esteemed albeit by men.

Undaunted, Jesus responds by openly stating that if Nicodemus is not born again (born from above) he will not see heaven. Whatever soapbox Nicodemus hoped to climb up upon has suddenly vanished. He senses that the Carpenter’s words were not meant to insult him or cause embarrassment. Instead, they were spoken with love, truthfully, and with conviction.

I imagine Nicodemus’ mind was racing at this point. Judaism, the religion to which he belonged, was a system of sacrifices and festivals designed to help men, women and children earn God’s favor. What people did or didn’t do mattered most to God, right? What was this talk about being born again?

Immediately Jesus clarifies his position. You must be born of water and of the Spirit. The realm of water referred to could be a reference to physical birth, or more likely, water baptism. It is a point modern commentators continue to debate.

The Apostle Paul, in Romans 6:1-7, would later explain that baptism (immersion) offered a picture of the death, burial, and the resurrection of Jesus. We are to “die” to our sins he said, be “buried with Him through baptism into death” and be raised to “walk in newness of life.” By receiving Jesus Christ as our Savior we can have a new birth or new beginning.

Jesus continues to speak concerning being born of the Sprit, likening it to the wind. You can’t see it but it is real and its presence is felt. Like the wind, the Spirit “blows wherever it wishes.”

Now it’s Jesus’ turn to refer to Nicodemus as a great teacher, which only serves to highlight the Pharisee’s lack of understanding. Nicodemus is frustrated. He is not used to being in a position of an unlearned student, yet the words of Jesus have stirred something inside him.

Jesus, aware of Nicodemus’ struggle to understand offers an example from the life of Moses. Moses is a man Jews hold in such high regard that to speak ill of him is equivalent to blasphemy. The Pharisee knows every detail of Moses life.

The obscure reference Jesus gives is from Numbers 21:4-9. The people of Israel, wandering aimlessly in the desert, were once again disobedient to God and because of this He brought a plague of venomous snakes upon them. The Israelites who were bitten began to die one by one. God instructed Moses to fashion a snake out of brass and lift it up on a pole. He told Moses that anyone who was bitten by a venomous snake need only to look upon the brass image and they would not die. Only an act of faith would spare them.

Jesus likened himself to the brass serpent. He, the Son of Man, is the one God has chosen to be the savior of the world. Faith in Jesus leads to life not death.  Jesus was sent from heaven to redeem mankind, not to judge it.

For God so loved the world that he gave his one and only Son, that whoever believes in Him shall not perish but have eternal life. John 3:16

The conversation between Jesus and Nicodemus fades from the passage without apparent resolution. Jesus certainly gave Nicodemus a lot to think about.

But Nicodemus’ heart was not hardened as was the case with so many of the Jewish religious leaders of Jesus’ day.  He did not abandon Jesus. We are told in John 19:38-9 that after the crucifixion, Joseph of Arimathea, accompanied by Nicodemus, took the lifeless body of Jesus, prepared it for burial and laid it in the tomb owned by Joseph. Joseph and Nicodemus and other believers in Jesus would experience being born of the Spirit at Pentecost. (Acts 2) 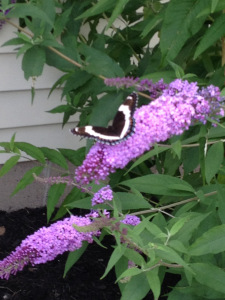 The ultimate question the passage asks is do you have a personal relationship with God or are you just observing certain religious practices? Jesus warns against trying to earn our way to heaven solely through religious observances. To do so means fighting against a natural inclination of selfishness, which can defeat all who try at every turn. Instead, Jesus offers an alternative, embrace Him as your Savior, and let the Spirit of God give you new life.

The truth, they say, will set you free. I know of no higher truth than to acknowledge that Jesus is the Son of God.