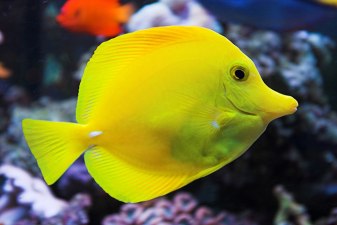 The third decade of my life was the most unpredictable, wondrous and insanely gratifying period of my life. It began my senior year at Roberts Wesleyan College.  The cast of characters in my life remained essentially the same except for the appearance of her.

I was determined to play out my senior year like the grand finale punctuating a fireworks display. Out of the starting gate, I competed on the cross-country team.  We were an unusually close-knit team and often participated in social activities as a group.  Wouldn’t you know it, she happened to be at some of these socials.

I continued to immerse myself in campus life, voted by my peers to escort the homecoming queen and serving as a lead character in the all college play, Cheaper By The Dozen.  My academic pursuits kept me unusually busy,  but somehow I kept running into her.

As the fall semester began winding down, I caught myself taking an interest in her.  She seemed to take her sweet time acknowledging my interest.  Worried that the semester would end before I had my chance to ask her out, I decided to get creative by distinguishing myself.  She committed to going on a date with me if I could run a personal best time in what amounted to our last home cross-country meet. (This meant running a sub 30-minute race over a distance of 5 miles, and faster than any previous attempt).  What had I gotten myself into?

The race itself was a journey to hell and back, as the course punished my body.  The effort helped our team win the meet and secure a winning record for our cross-country team.  The time, 29:46, qualified me for a date with her.

…Maybe it was the anticipation of having to wait a month to go out with her but after that first date magic was in the air. There was no question I was like a deer caught in the headlights, enchanted by the inner and outer beauty of this woman.

Patty and I corresponded over the weeks separating first and second semester. Our letters deepened our mutual affection, and each of us hinted of a future together. A flame was now lit within my heart and it danced wildly like a flame on the bare wick of a candle fighting to stay ablaze as it burns itself down to the renewing and sustaining body of the candle wax below.

I became engaged to Patty in the spring, during my final semester of college life.  Immediately, she was welcomed into my family but I had yet to meet hers. When Patty called home to notify her parents of the news, I can only imagine what thoughts were going through their minds.

“To who?” Her mother asked, not expecting any news of this sort.

“Bill Roushey asked me to marry him and I said yes!”

“When are we going to meet this boy?” Her dad inquired, quickly picking up the phone extension.

Sweat pooled under my armpits as I sat in an empty living room waiting for her father to meet me. The sound of  the shower running indicated it wouldn’t be anytime soon. Patty and her mom were off in another room having a mother/daughter reunion.  When her father came out and laid eyes on me for the first time, our conversation went something like this.

“Hello, sir.” I said warmly trying to hide my nervousness.

“You must be Bill,” he responded trying to assess the character of the man about to steal away his daughter.

“Do you have a job? How do you plan on supporting her?”

“Yes. I have one lined up after graduation.”

“We want our daughter to graduate from college. Are you planning to let her continue on with her schooling?”

“Yes sir, that’s important to both of us.”

“Well then, okay,” he said as I felt the tension in the room evaporate.  Then, he added, “… and we’d like to pay for her tuition.”

I realized at that moment what kind and generous parents she had.

Several years later Patty and I had the means to build our own home.  It was during that time we entered into what I call the “Noah’s ark” phase of our lives, acquiring fresh and saltwater aquariums, birds, cats and a dog.

The Lord soon blessed us with two boys, which we taught to fish among other things. They experienced first hand the thrill of having unseen objects tug on their fishing line as they dangled a worm into the watery abyss.  Eyes went wide when they reeled in their prize.

My freshwater aquarium experience of the previous decade paled in comparison to the unfathomable splendor of gazing into a salt-water aquarium.  The personal cost to acquire and retain such beauty is far greater, the care more delicate and tedious, the hardships more severe, but the final result is breathtaking.  Such is my comparison to my love and my life with her.

My spiritual journey this decade was one of continuance, generation to generation, father to son.

The closer I walk with God the greater my appreciation for His continuance, an eternal God whose love has no limit or end. (Psalm 36:5-7)

For all practical purposes this is a storybook ending, but as it turns out this is not the end.