Wow, it’s been several months since I last posted an update on my weight loss campaign. I am happy to report I am still at it, though life has been busy for me. I reported back in March that I achieved my first milestone (losing three pounds). Well over a month ago I passed my second milestone, losing four additional pounds making it a total of seven.

The lag in my reporting had more to do with my crazy schedule than anything else. I became embroiled in my spring chores (mowing, pruning, planting and weeding) and found less time to monitor my progress.

Here are my self-evaluation grades for the since the first milestone.

Steps on Fitbit A (I strung together 40+ days over 10,000 steps) Additional Exercise A- (6-7 days, of additional exercise per week) Portion Control B- (slipped a bit on this one) Water intake B (should drink more water) Snacking B- (still fighting this one; overall good results) Cheating C (probably why weight loss takes so long to accomplish) Devotion C+ (still room for improvement, Spring season has helped)

Morale is high. I’m looking forward to breaking through the next barrier, which is five additional pounds.

Commit your way to the Lord, trust also in Him, and He shall bring it to pass. Psalm 37:5 NLT

I read a newspaper article recently highlighting the importance of trust. Paraphrasing Conan Milner in his article in the Epoch Times, human beings are wired in such a way as to depend on trust, especially in our relationships. As infants we are born with a need to trust. It’s part of our survival.

Trust enables us to allow others to have authority over us as is the case with medical professionals for example. We associate trust with honesty. When trust is betrayed deep scars can result. Unfortunately, these scars can limit our ability to trust again in the future.

As a person of faith the relationship between trust and faith is of great importance to me. Siri defines faith as “complete trust or confidence in someone or something.” This begs the question, “How trustworthy are those we’ve put our faith in?”

Now it is required that those who have been given a trust must prove faithful. 1 Corinthians 4:2

For over the past half a century, I have witnessed the coming of spring.  Each and every year it comes according to its preordained time.  In the midst of intermittent snows and the cold temperatures the grass greens, flowers arise, and trees bud.  Mankind has nothing to do nothing with its arrival.  That which is ordained remains unaffected by any chaos overshadowing it.

Each year we witness new life springing forth from lifelessness, as if creation has suddenly been given a signal to awaken from its slumber.  For people of faith, spring is a time of renewal.  It reminds us of a day long ago when the Savior of the world was crucified, entombed and rose to new life.  Easter is the season of resurrection, when new life is possible from lifelessness.

I am reminded of a scripture passage found in Luke 5:35-43, in which Jesus of Nazareth gives new life to a twelve year old girl.  Everyone surrounding the little girl’s family knew she was dead, including the town’s people, the professional mourners, and her family.  Yet Jesus’ response was, “Don’t be afraid, just believe.”  What was it Jairus, the little girl’s father, was supposed to believe?  When Jesus arrived at the residence of the dead child he said, “why all this commotion and wailing?  The child is not dead but asleep.”  Is this what the father was supposed to believe, that the child was not dead only sleeping?  He certainly knew the child was dead.  It is more likely Jairus needed faith to believe new life could come from lifelessness.  Luke, the author of this book of the Bible, intended this story to be a foreshadowing of the miracle which occurred on Easter morning; when new life came from lifelessness, when hope sprang forth from hopelessness.

A chaotic pandemic will overshadow this Easter season.  Remember Jesus’ words to Jairus, “Don’t be afraid, just believe.”   Hold fast to the certainty that the resurrected Jesus, the author of spring, is still in control.  Hope can spring forth from hopelessness!

“Dear brothers and sisters, we can’t help but thank God for you, because your faith is flourishing and your love for one another is growing. We proudly tell God’s other churches about your endurance and faithfulness in all the persecutions and hardships you are suffering.”  2 Thessalonians 1:3-4 NLT

Growing faith leads to abounding love. How does faith grow? One way is through persecution or trials, when we are forced to fully rely on God. How can we as followers of Christ, abounding in love, help those who are embroiled in such a predicament? Several years ago I began the practice of praying for someone who seemed to be wandering in a proverbial “desert wilderness.” I reasoned, if Jesus’ wilderness experience lasted forty days, then hat should be the measure of my commitment.  My forty day commitment to praying for someone is often done without telling them.  It builds up my faith to see God answering prayer in the life of another person.

Dear God, strengthen my faith by your mighty power. Remind me my strength comes from every word that comes out of your mouth. Guide my words and deeds to bring glory to your name. Show me someone who may be suffering, whether they’re facing a trial or struggling with doubts about their faith.

“So we keep on praying for you, asking our God to enable you to live a life worthy of his call. May he give you the power to accomplish all the good things your faith prompts you to do.”  Thessalonians 1:11 NLT

Joshua chapters 13-15 begin an account detailing of how the land of Canaan was to be divided among the 13 tribes of Israel (Joseph received a double portion). Each of his two sons Ephraim and Manasseh are counted as a tribe. Though this material may seem dull to the modern reader it chronicles the fulfillment of Israelite inheritance.

Inheritance – biblical inheritance in the literal sense is a possession or piece of property that is linked to the promises of God (i.e. Promised Land). It’s transcendent meaning holds that God himself is our inheritance.

Levites – the tribe of priests didn’t receive a swath of territory like the other tribes. Instead they received cities, which included the surrounding pasture lands. The Levites received the sacrifice offerings brought by the other tribes to the Lord. God was to be their inheritance. The twelve cities they received were scattered throughout the new land of Israel (see Joshua 21).

While Joshua chapters 1-12 chronicle God’s great victories fighting for Israel, much of the land still needed to be taken.  God himself would continue to fight for Israel if they remained faithful and followed his instructions. The areas yet to be secured included some of the coastland occupied by the Philistines, and areas to the north and south of the lands already conquered.

When the Israelites began to enjoy the Promised Land, they made compromises to speed the process along, permitting people who served other gods to live among them as slaves.  Ironically this would lead to the Israel’s undoing.  They would become slaves to idolatry and eventually to the Canaanites.  The book of Judges chronicles this.

Like the Israelites, how many of us have proved faithful to God in times of great crisis (during the storms of life) only to lose our resolve to remain faithful in the little everyday things?  Faith prizes the gifts god God gives us. Great faith sees beyond the gift and remains faithful to God who gave it. 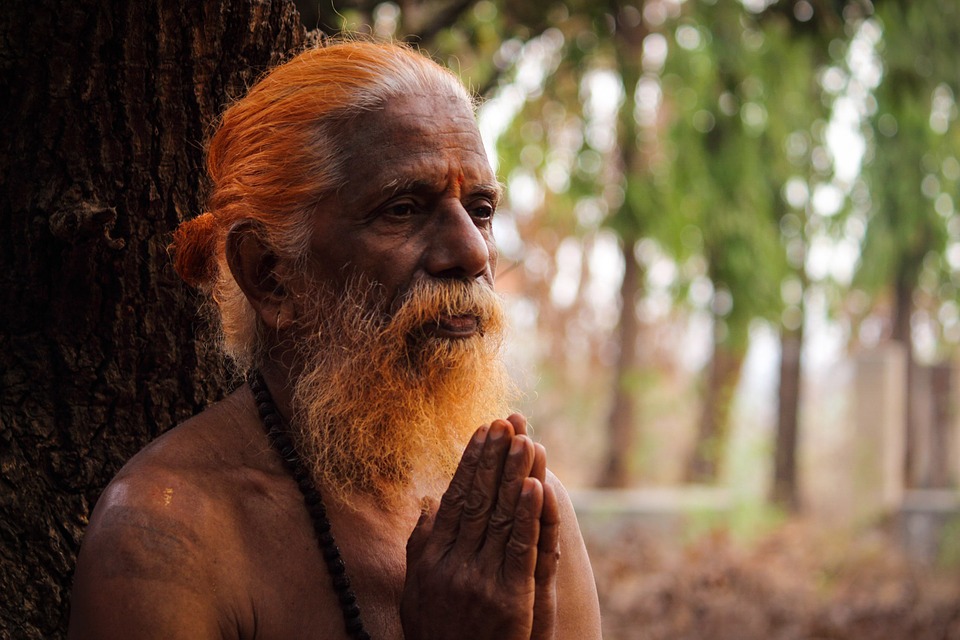 Caleb stands out as an example of how Israel’s tribes ought to be living out their conquest of Canaan. He remained faithful to God.  He wanted the complete portion God promised. His faith wouldn’t let him make compromises.  At age 85, he set out to claim the land promised to him.  The same land his feet trod 45 years earlier when he and 11 other Israelites first spied out the land of Canaan under Moses’ leadership (See Numbers 13).  He approached Joshua and said, “Give me the land God promised through Moses.” It didn’t matter to him that the land was occupied by giants.  Caleb’s faith in God allowed him to conquer the land.

Our faith in God can sustain us.  Great faith remembers what God has done and is grateful.  Even today, Jesus is preparing an inheritance for those who are his faithful followers.

“Don’t let your hearts be troubled. Trust in God, and trust also in me. There is more than enough room in my Father’s home. If this were not so, would I have told you that I am going to prepare a place for you? When everything is ready, I will come and get you, so that you will always be with me where I am.  John 14:1-3 NLT